20 May Winter in Europe Part 2 – The Spanish Road Trip

Posted at 09:27h in Albarino, Tempranillo, Wine tales - Stories Behind the Wine by Mr Wholesaler
0 Likes

After the gastronomic delights of Northern Italy we headed to Spain to catch up with our current suppliers, to see how the current vintage is progressing and to catch the latest trends in the Spanish food and wine scene.  Was it to be as good as Italy? With 1 spare bottle of Barolo we headed off. 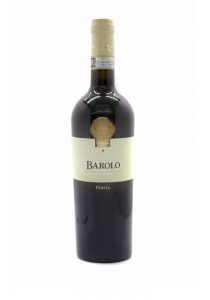 Touching down in Barcelona we headed south to the town of Sant Sadurni d’Anola in the Penedés region – the centre of Cava production in Spain and where our Torre del Gall Cava comes from.   The winery was originally established by the Moet Chandon group who came to Spain to produce champagne, so where better than the centre of the Spanish bubbles industry.  The Chandon people planted Pinot Noir and Chardonnay in an effort to make a “Spanish Champagne”.   Their experiment did not work and they sold their facility.  There was nothing spared in the build and the winery is now making a great example of Cava.        Tastings over and I must say that the current vintage is drinking very well.  As well as the Torres de Gall range we also tried the Elyssia Gran Cuvee Brut – Pinot Noir / Chardonnay and can report that it drinks very well – more on this wine in the later posts. After the visit we stopped at the Frexinet Head office for some Tapas.  As many times as I have been to this winery I am still amazed by the sheer scale and professionalism of the operation.  Whilst on dessert, we were lucky enough to sample the excellent Malvasia 2009, a DESSERT CAVA, a definite wine to try if you get the chance.-As we left Freixenet we could not but help notice the Australian Flag – we are claiming this as a nice touch to honour our visit…. From Penedés we set the GPS for Cariñena.  Cariñena is approximately 350 km from Barcelona and just outside the major centre of Zaragoza. Despite not featuring in most conversations about Spanish wine, Cariñena, is one of the oldest DO’s in Spain. Cariñena is surrounded by vineyards stretching across a plateau that rises from 400m to 800m and ends at the snow-capped Sierra de la Virgen mountains. We both commented that as spectacular as it is in Winter it would look amazing in Spring. The Cariñena DO, was created in 1932 and in the early 19th century the region’s Garnacha wines had developed a reputation for excellence. Unfortunately, due to the area’s favourable growing conditions many of the wineries fell victim to producing bulk low quality wines.  Currently there are no DO rules and this combined with some of the smaller wineries pursuit of excellence is resulting in some extremely good wine.   The main grape types are Garnacha tinta, Carignon – or Mazuelo and Tempranillo. Growers in the region are also experimenting with other international varieties such as chardonnay. This trip our top picks from the area are a  Rosé, the Garnacha and a beautiful reserve blend. Next stop was Rioja, the oldest and most well known DO in Spain. Our main call here was to see Vanessa who is the winemaker behind the Vazza range and see how the latest wines are showing – I am happy to report that even at an early age they are drinking very nicely and the recently released Vazza Reserva is sensational. I particularly like the profile of the the Vazza wines that Vanessa is producing, ruby red, fruit driven and without the big American oak influences of classic Rioja . 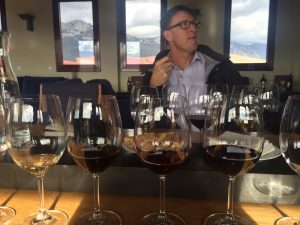 The winery is located at the base of the township of Laguardia in the Rioja Alavesa. This was Mrs Traveller’s first trip to the area so a visit to the town of Laguardia was a must. The town which sits on top of a hill in between the mountains and the river was built in Roman times to guard against Moorish advances. The original Roman wall is still standing with only 5 gates to allow people to walk into the town.  As part of the the defensive nature of the town, during the construction an extensive tunnel network was under the town, these where later to become the region’s  wine cellars. From Laguardia we headed 20mins down the road to the town of Haro. Being the rail head Haro has the cellar doors of all the traditional big names in Rioja wine – Ramon Bilbao, Mugga, Cunne, La Rioja – all of which deserved a visit.

San Sebastian is our next stop as it gives me the opportunity to see what wines are being served with food at the progressive restaurant and Pintxos (Basque version of tapas) of San Sebastian. San Sebastian also gives us the opportunity to sample the latest wines from the up and coming area of Navarra.  Whilst it is a bit out the way San Sebastian is a leader in Spanish food and it’s worth the trip to see what wines they are favouring.  Currently still predominantly Rioja and Ribera Reds, Rosado from numerous places and a few whites from Galicia. Our next stop is the Asturias region and we travel as far west as Cudillero on the coast. This area is known for Cheese and seafood. This is one of the larger areas in Spain that does not produce their own wines, but with abundant fresh produce, seafood, cheese the food here is excellent and once again interested to look at their food / wine pairings. Reds are mainly Joven and Crianza’s from Rioja and the whites predominantly from Galicia. Worth noting is that the food is amazing 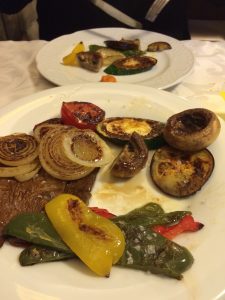 From Oviedo we leave the coast and head over the mountains to León.  León was founded as a Roman military camp around 29 BC and in 1188 hosted the first parliament in European history.  Located on the high plateau in central northern Spain, León neighbours the vast wine region of Castile and once again is a great town to sample a cross section of Spanish wine and food. Our last stop this trip is Galicia, the area that occupies the North Western corner of Spain. Our focus here is Rías Baixas and our partner who makes the “La Fontana” Albariño.  Rías Baixas is made up of numerous small vineyards, there are more than 6,500 growers and 20,000 individual vineyard plots that are located in the river estuaries that run into wide inlets that mark the intersection with the Atlantic ocean. Standing on the Winery veranda we both comment that the view is strikingly similar to the one from the terrace of the Coal Valley winery in Tasmania The climate is wet and damp with an average temperature of 14°C and the thick skinned Albariño grape is one of the few that can resist the potential rot from the damp weather. The winery is located in the Val do Sanés near the historic township of Cambados and with the Atlantic coastline dominating the valley the wine often has a slight saltiness to it and traditionally high acidity the latter due to the difficulty in getting the grapes to ripen due to weather conditions.